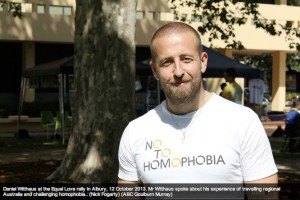 “What I found (on my journey) was regional Australia was saying ‘It’s about bloody time we had these conversations’,” he told the ABC.

“‘We need to have these conversations because either young people are taking their lives or they’re actually leaving for the big smoke’.”

Leading up to the 2013 Federal Election, Daniel Witthaus joined an array of well-known and everyday individuals and couples to encourage people to Vote 4 Love, a campaign by Australian Marriage Equality. 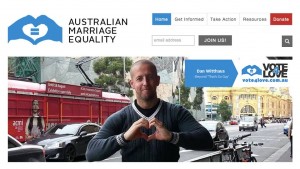 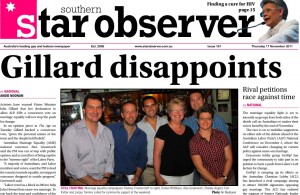 These workshops have been delivered in: 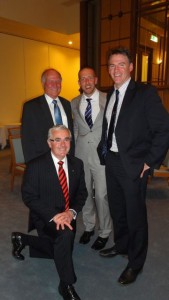 Daniel with Ron, Tony and Andrew

For more information, go to: www.australianmarriageequality.com 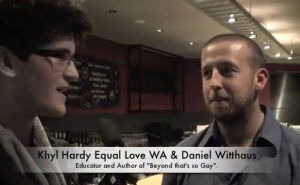