For the last 6 months Daniel has been working with Hobsons Bay City Council in Melbourne’s West.  Thanks to the now internationally famous and first Intersex Mayor Tony Briffa, Hobsons Bay have been looking at ways to better include and support GLBTIQ residents.  Daniel only just completed Beyond ‘That’s So Gay’ training for an all-of-staff session.  Due to the interest and popularity, the session had to be moved to the largest room at Council!  This built on the success of training for Youth Service staff and was followed by a presentation to Hobsons Bay’s own GLBTIQ Reference Group. 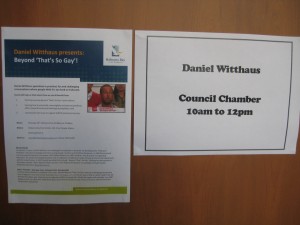 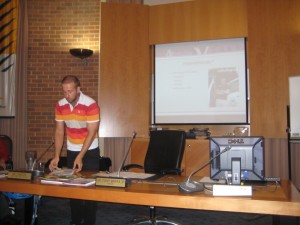 Daniel has been lucky enough to help with Hobsons Bay’s efforts to encourage local governments in Melbourne’s West to start meaningfully addressing GLBTIQ needs.  Earlier this year he presented to the Western Region’s GLBTIQ Local Government Reference Group which resulted in quite a bit of fun, frivolity and excitement.